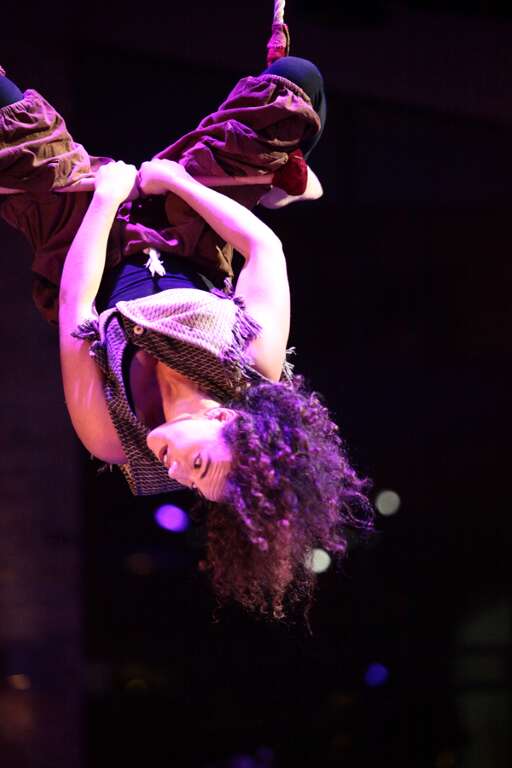 We’d never had a circus culture in Israel. Then about 15 years ago we were exposed to circus, and much of it already was contemporary circus.


CIRCUS AS A TOOL FOR EXPRESSION IN THE MIDST OF WAR
BY STAV MEISHARON SEPTEMBER 9, 2014
POSTED IN LATEST NEWS
I met Ronny Kalev while she was teaching an advanced aerial class at the Israeli Acrobatic Convention. I knew immediately after the class that I wanted to pick her brain about circus. Her teaching wasn’t about new, impressive tricks; rather, she wanted to make the students think of the body as a tool for expression. She wanted them to find the art that is within circus, to explore how movement can convey longing, anger, or love.

This seems to resonate even more now, with Israel at war. Is there room for art in general, and circus specifically, in a country that is at a recurrent state of emergency?

Shabazi Circus was founded in 2008 to make, teach, and develop original Israeli circus creations. It’s situated at Kibbutz Ein Shemer and often collaborates with the up-and-coming artist community of the area and participates in local cultural events. Today Shabazi Circus works in two avenues: recreational classes for kids, teens and adults, and a professional-academic track in collaboration with the Wingate Academy. It is also home to an ensemble of circus artists who perform year-round at shows and events.

Ronny Kalev, an actress and aerial circus artist (rope and static trapeze, mostly), is the Artistic Director of the Shabazi Circus alongside her partner Roni Shalev, an acrobalance and aerial teacher who is the Managing Director.

Stav Meishar: How did you come across circus?

Ronny Kalev: When I was seven years old I lost my dad to cancer and with him most of my joie de vivre. A year later I was exposed to the theater, and there I found my place and learned how to use creativity as a tool for expression. It was obvious to me I wanted to be an actress and so I continued to pursue theater with a growing intensity. As the years passed I saw less and less theater that interested me, and so I sought another language within the theater. Then I met Orit Nevo (who later became the founder and director of ON – Contemporary Circus Creation and Coaching). She was then a Butoh artist who taught movement theater and occasionally traveled to France to study trapeze with Zoe Maestro. I became her first trapeze student, and it was love at first sight! I felt this was what I was missing; this is the next level of my stage work.

SM: What’s your place in the local circus community/scene?

RK: As a training facility, we currently have more than 150 students and each year the number grows. As an art/creation center, we’re still at a preliminary stage, still lacking the resources to grow and evolve. Our professional track for circus teacher training is also quite new, but helping to guide the local circus community which is still unaware of the need for a certificate.

SM: How do you feel circus in Israel has changed from past to present? How do you think it would develop in the future?

RK: We’d never had a circus culture in Israel. Then about 15 years ago we were exposed to circus, and much of it already was contemporary circus. You’d think not much would change over 15 years, but from a small community of a few people training in someone’s house with plenty room left, Israeli Circus grew to be a huge community. When you said “circus” to someone, no one knew what it was, but now in every event, festival and even on the streets you see circus shows; children study circus in after-school programs, adults take classes for fun or professionally; there already are a few professional circus conventions and Israeli artists who are known throughout the world.

This growth is incredible and very encouraging. The question “What is Israeli Circus?” will be answered over the next 15 years. Right now there is a freedom of searching and expressing, so much that there are no unifying elements. It’s great that we can be something before it gets defined and boxed.

SM: With the current political situation, how do you feel the circus fits in?

RK: We’re in the midst of a war, yet kids are coming to attend our summer school among all the rockets, Arab kids included. There was no conflict among the Israeli and Arab kids [at the school] whatsoever, only acceptance. The circus can be an ambassador of peace, an island of sanity and happiness. I have no doubt that the circus in Israel will continue to spread joy. Israeli citizens have the ability to deal with fear on a regular basis, an ability that is a gift which circus gives at every move and turn. Circus gives the tools to face fears and build a community.

RK: I like the feeling that everything is possible, but I have to work hard to make something possible. Nothing comes easily. The most beautiful creations come out of hardship, pain and disability. In that effort I can fly and be free for a moment.

SM: How do you think circus is relevant to everyday lives?

RK: Circus is a bridge to know your body-– I was never interested in any sport until I discovered circus. It’s a great tool to connect the modern person, who has forgotten what working with their body is like, to their physicality. The Circus is also games we used to play that have been wrapped in art. It’s fun to throw and catch, to hang, jump and swing. Circus is a huge playground and all we need to do is play while maintaining standards of safety. Above all, circus is fun! 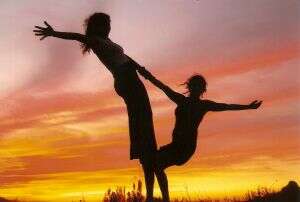 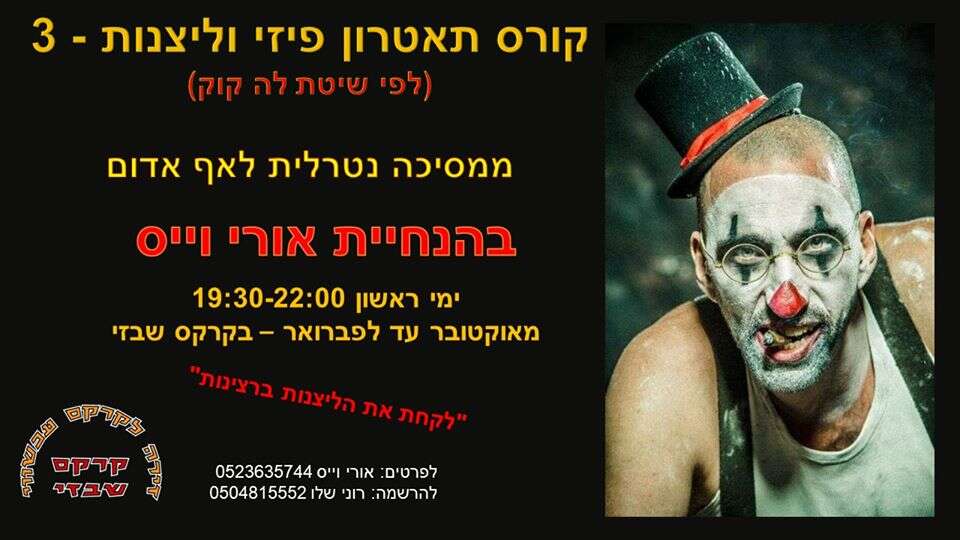 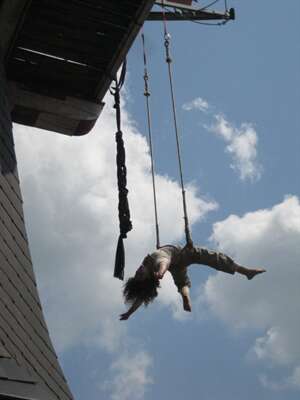 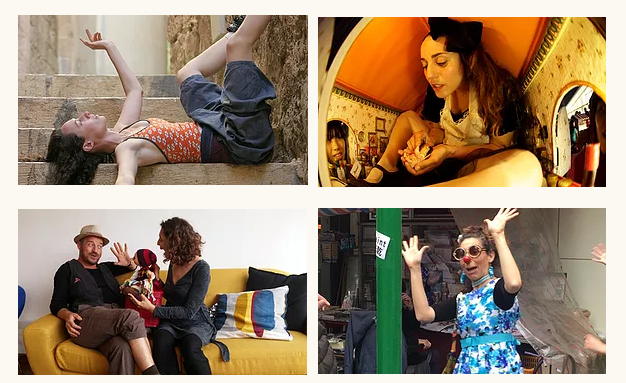